What are physician signatures costing you?

Most home health companies seemingly have no idea what they are spending to get orders signed, learn how one company took control and drastically reduced their signing costs 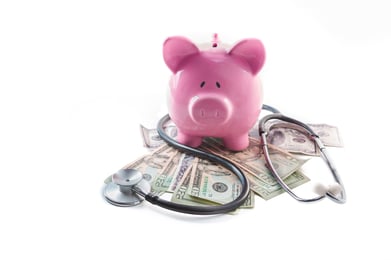 For all of the modern times, the home health industry has been completely dependent on physician signatures for payment by Medicare, the largest payer for home health services in the US.

Yet despite this process being so fundamental to running their businesses, home health companies seemingly have no idea what they are spending to get orders signed so that they can bill ... and consequently get paid.

Sophisticated operators surely know the cost of operating other fundamental aspects of the business, yet the “cost per signed order” eludes them as a “whatever it takes” mentality prevails due to a perceived lack of control. Some have attempted to manage the effort by implementing escalation protocols and/or agency-specific physician portals that are extensions of their clinical system – which typically fail – yet the true cost of the process remains a mystery. Why do no Key Performance Indicators (KPIs) exist for the industry to serve as a benchmark for such a fundamental process?

St. Vincent’s Home Health, a subsidiary of Ascension Health at Home, is a sizeable home health company with an average daily census of around 1,000 patients. It has always been a well-run agency, even before a partial equity stake was acquired by Ascension Health at Home in 2011. Many in the industry often think that health system-affiliated home health companies are often poorly run or resource-starved, but that is not the case here.

Like every other home health company, St. Vincent’s struggled with getting orders signed. They had tried every escalation protocol and the physician portal attached to their clinical system, but still, they could not control their cost to get signatures. The adoption of the physician portal was dismal, despite having preferred relationships with the collaborative of independent physician groups across the health system. Why? Because even though the physicians were affiliated with St. Vincent’s Home Health, they also work with other home health companies and other post-acute industries such as DME and infusion. Consequently, the physicians rejected the idea of an agency-specific portal.

Turning to SutureSign For Help

In late 2015, St. Vincent’s turned to SutureSign, an electronic signature network, to help solve this problem. Not only does SutureSign enable physicians to sign documents from all outside providers in one place as a “one-stop-shop”, but it is also extremely user-friendly and utilizes physician support staff in unique ways to reduce the burden on physicians. For example, the physician’s staff can log in and review the orders, and the doctor can sign the order directly from the staff person's screen just like they would do in the paper process. SutureSign also provides the physicians with a comprehensive billing report so that they can reliably capture all of their signature-related revenue.

Perhaps most unique, SutureSign has built-in a service component so that SutureSign staff follow up with slow signing physicians. Kristi Wood, the Director of Order Management, says this “is a game-changer. I can see how their follow-ups have directly improved our cash flow and make my job a lot easier. One difficult group dropped from 90+ days to a 2-week turnaround. And many physicians love the billing report. They didn’t even realize how much money they were leaving on the table.”

A Kick in the Gut

SutureHealth assisted St. Vincent’s in performing a pre-SutureSign and post-SutureSign cost analysis, and the results were telling. CEO John Lee lamented, “I didn’t know what we were spending, but I knew it was a lot. When we figured it out, it kicked in the gut. And we were doing the same or better with orders than most agencies out there.”

Before SutureSign, St. Vincent’s estimated it was getting 10% of orders on the 1st attempt, 25% on the 2nd attempt, 40% on the 3rd attempt, 20% on the 4th attempt, and 5% required 5 or more attempts. On the first attempt, 15% were sent via electronic fax, 5% via their agency-specific portal, and 80% were hand-carried. On subsequent attempts, those from the portal were converted to hand carry so 85% were hand-carried. This process was carried out using 6.6 full-time equivalents. This contributed to an average unbilled of $300,000 and the total cost to the company for all orders was $76,762.88/month.

Are you ready to learn what that “typical” process was costing them in Birmingham, AL where the cost of living is average? The delivery cost alone was $23.98, and when you add the personnel costs on top of that it comes to a mind-blowing $42.74 ... per signed order! In a time where CMS is cutting reimbursements at every turn, this cannot be ignored any longer.

After only 4 months of using SutureSign, even with getting started being slower than normal due to a December start, all signatures were obtained within two attempts with 75% of signatures being received on the 1st attempt and 25% on the 2nd attempt. On the first attempt, 15% were still sent via electronic fax, but 42% were sent via SutureSign, and only 43% were hand-carried. On the second attempt, 15% were still sent via electronic fax and 80% were hand-carried, and none of these “second attempts” came from those orders that were initially sent via SutureSign.

Because physicians were still being added to SutureSign when the “post” analysis was done, 43% of orders were still hand carried. Despite this, the delivery cost of orders plummeted to $7.05 per signed order and including the personnel costs to $19.54. Total cost for all orders dropped to $35,094.31/month, giving St. Vincent’s an additional $41,668.57 of working capital each month. Within only 4 months, St. Vincent’s was able to lower their cost of order management by 54% and reduce their full-time equivalents to 4.9!

What are physician signatures costing you? Suture Health will be happy to help you figure that out, and then drastically reduce it.

Ready To Take Control of Your Order Management Costs?

Reach Out To Us

What are E-Signatures and How are They Affecting Healthcare?

An electronic signature by definition, established in the US Federal ESIGN...